Contact Us
What are you looking for?
Koncept VR Originals | Entertainment | Music

A collaboration between Lucy Kalantari and the Jazz Cats, MONOLisa Studios and Koncept VR

‘Together’ doesn’t sound like a conventional children’s song. And it shouldn’t. The upbeat jazz age inspired music delights audiences young and old alike. Musician, songwriter and producer Lucy Kalantari composes songs that are not only energetic and fun but also contain positive messages. After all, she started her journey into Children’s Music shortly after she gave birth to her son in 2013.
Since then, Lucy together with her band, Lucy Kalantari and the Jazz Cats, received ample recognition, collecting awards and accolades. The crown jewel in their awards collection came at the 61st GRAMMY® Award where their album, “All the Sounds”, won a GRAMMY for Best Children’s Album.
The winning album was recorded and mixed by Denise Barbarita at MONOLisa Studios. Coincidently, the sound studio is right next door from Koncept VR’s offices and Denise is one of our favorite sound engineers for our 360 productions.
Obviously, we grabbed the opportunity to celebrate the win with a little 360 fun. On the day of the shoot, Lucy brought along a brand new song, ‘Together’, which the band learned on the spot.  With a simple but entertaining concept we were able to film in record time at MONOLisa studios. Of course, Denise took care of the audio. And we went right into post-production.
Please enjoy the music and the video and above all the message:

Recorded and Mixed at MONOLisa Studios 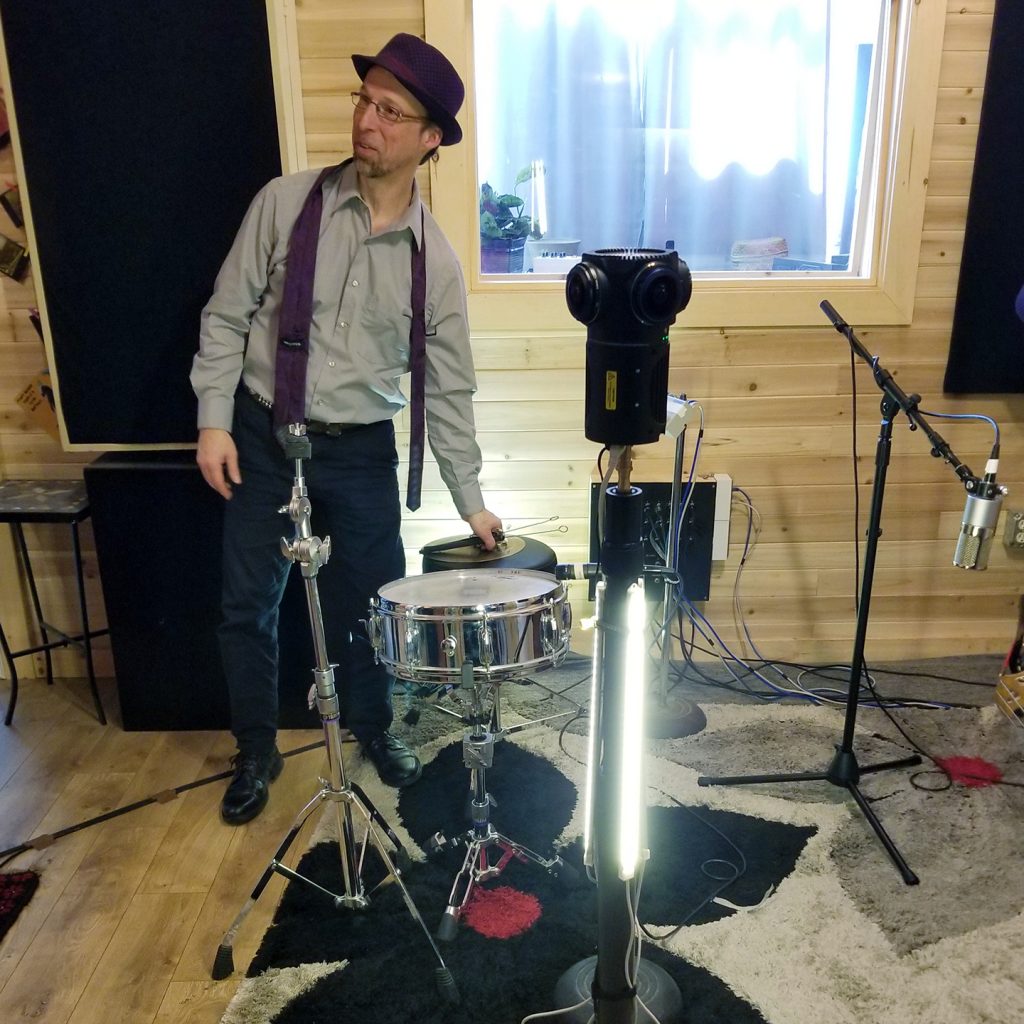 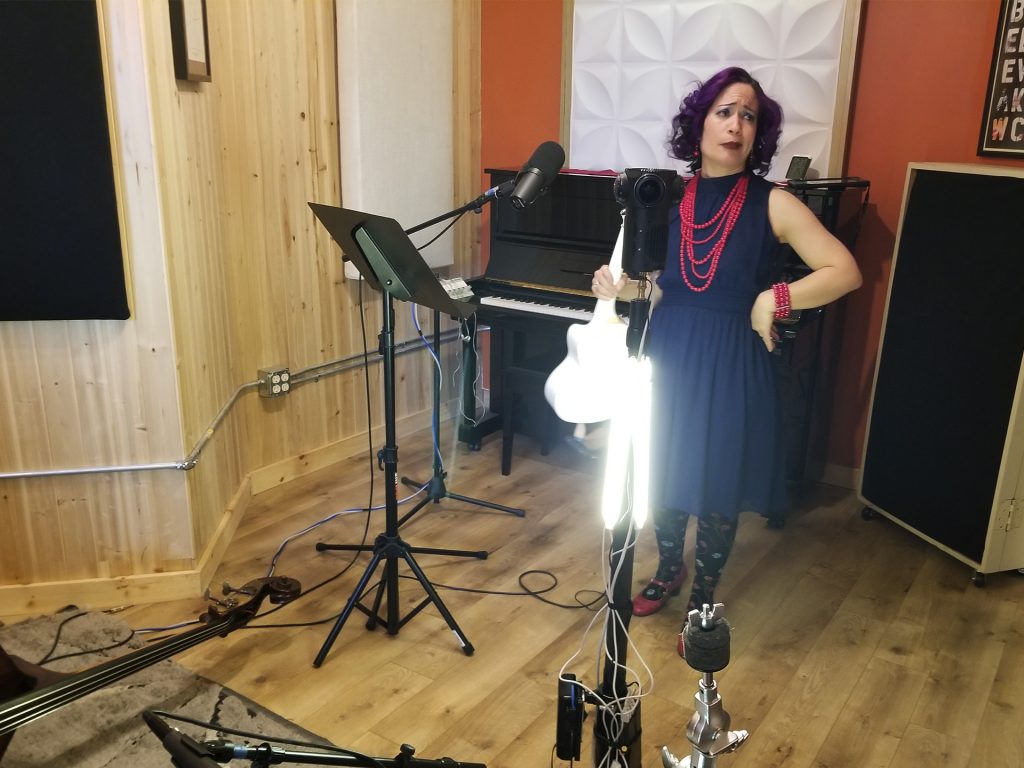