If you have never heard of the SAM car before you are not alone. William “Buddy” Marshall didn’t either until spring of 2018 when he was nominated to represent the Navy in Arrow Electronics’ Courage in Sports. Arrow offered him to get behind the wheel of a 2014 Corvette C7 Stingray. A simple proposition until you learn that Buddy, a former Navy pilot, is tetraplegic. He was struck by an intoxicated driver in 2015, leaving him paralyzed from the neck down and unable to move anything but his head.
However, SAM is short for Semi-Autonomous Mobility. This car, modified with off the shelf cameras and infrared sensors by the Arrow Electronics Team, can be steered by head movement and accelerated via a mouthpiece. The Corvette was originally built for Sam Schmidt, also a quadriplegic and former Indy Racing League driver. The VR experience accompanies Buddy as he takes control of the Corvette for the first time since his life-changing accident, and drives around in his old neighborhood in Virginia Beach.

During the production we faced a variety of challenges. As 360 filmmakers, we usually try to keep the crew on the smaller side. However, that was not a possibility for this project. Buddy’s story was part of a CBS special about veterans with disabilities driving the SAM car in cities along the Eastern Seaboard. Consequently, our first production meeting in Virginia Beach included not only the client and our main subject but also a traditional film crew as well as a few members of Buddy’s family. Despite each team vying for “access” to our protagonist, everyone’s professionalism made the filming a smooth process.

A special lift was needed to get Buddy into and out of the car. Although this was a lengthy process, Buddy’s spirits stayed high. We very much enjoyed working with. His inspirational story not only showed how technology can help regain some bodily autonomy but also how his friendships can last more than a lifetime.
The car itself was easy to work with, offering plenty of surfaces for suction-cup mounts, as well as internal roll-bars for using clamps and poles for the interior shots. All those scenes worked out as planned, even with Buddy “putting metal to the pedal” going 80MPH and smiling brightly.
The final edit focused on the story Buddy told during the interview. It was augmented with a custom score, using the Arrow corporate music theme as a base inspiration.

The video was released on Veterans Day 2018, both on social media as well as the Arrow website. It has been shown during local veteran events, as well as promoted by veteran support groups online. In spring 2019, we also created a custom Oculus Go application for easier user experience. Since then, the video is making the rounds on the Indy racing circuit and receiving very positive responses.
Arrow Electronics entered the experience into this year’s Shorty Awards. The prestigious group of nominees in the ‘Best Use of 360” category included National Geographic (Free Solo 360, Africa’s Pristine Delta in 360), Paramount Pictures (We Do Our Own (Marketing) Stunts with Tom Cruise) and The Macallan (The Macallan Distillery Experience). Not Only did ‘Getting Behind the Wheel of  the Arrow SAM Car’ make it to the final round but it also received a Silver Distinction. 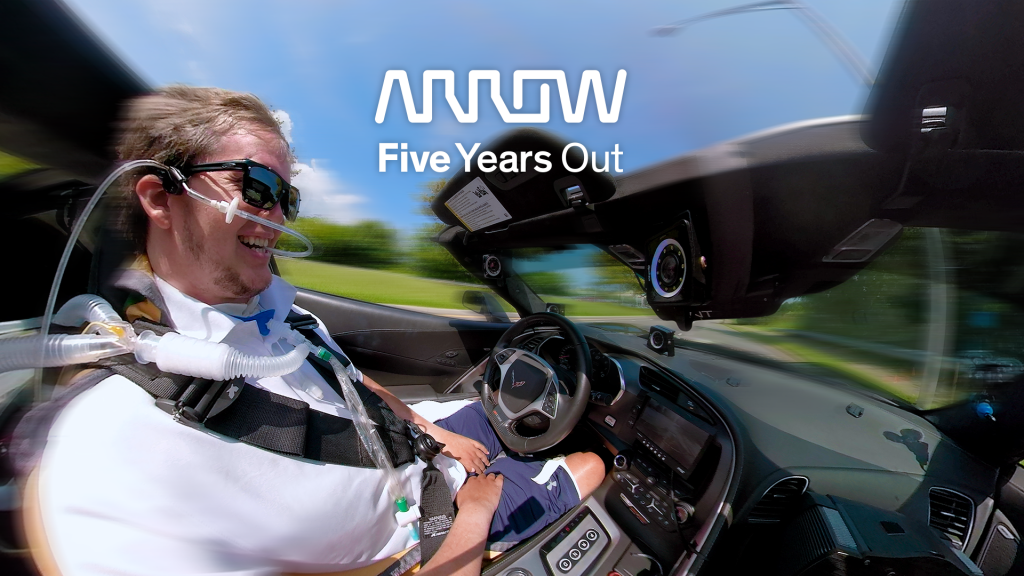 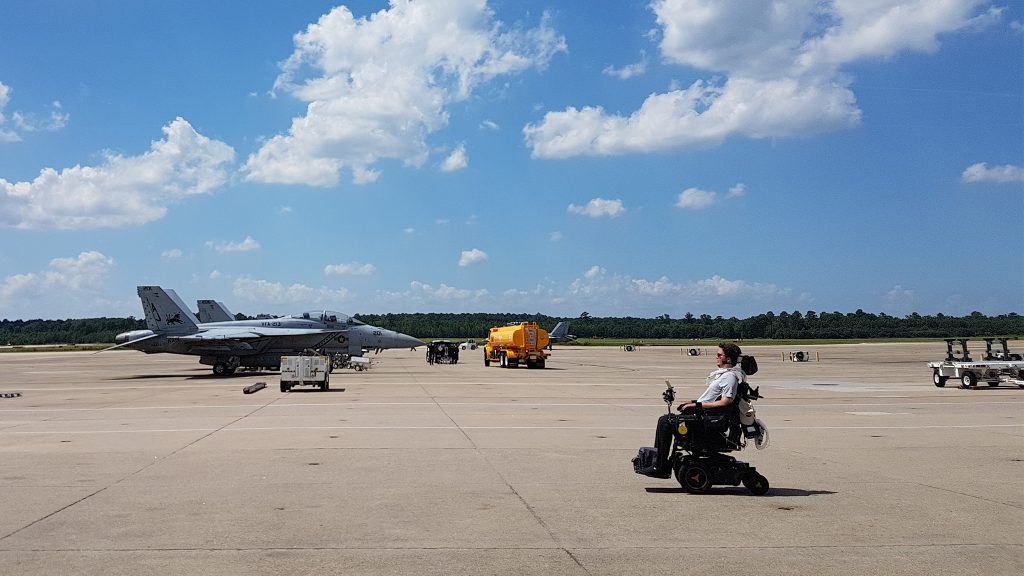 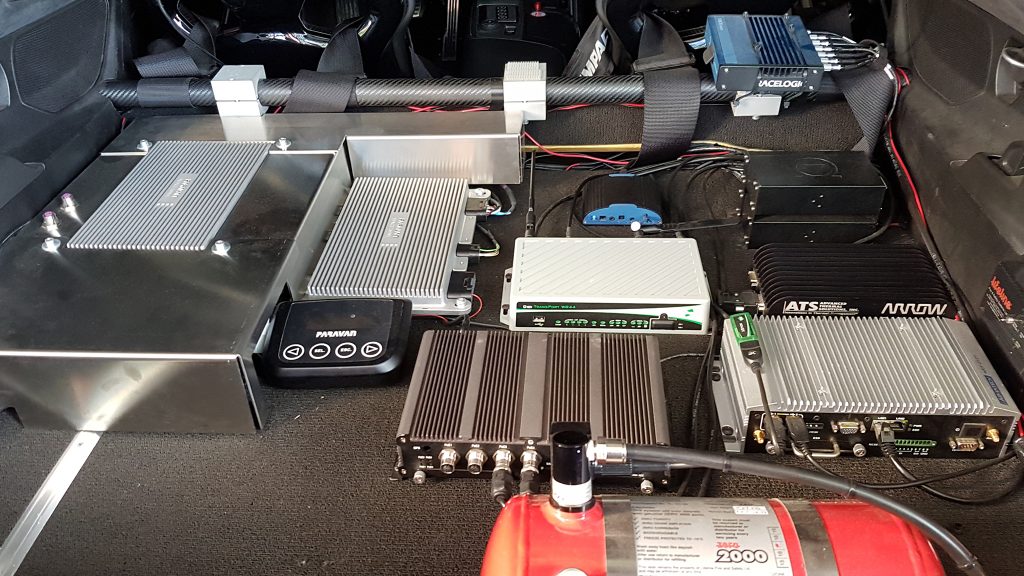 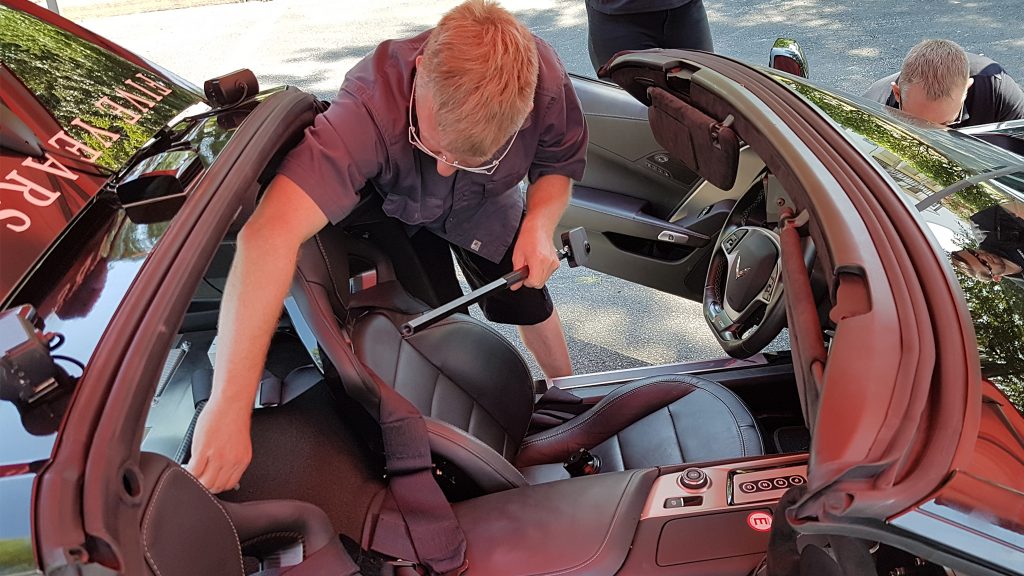 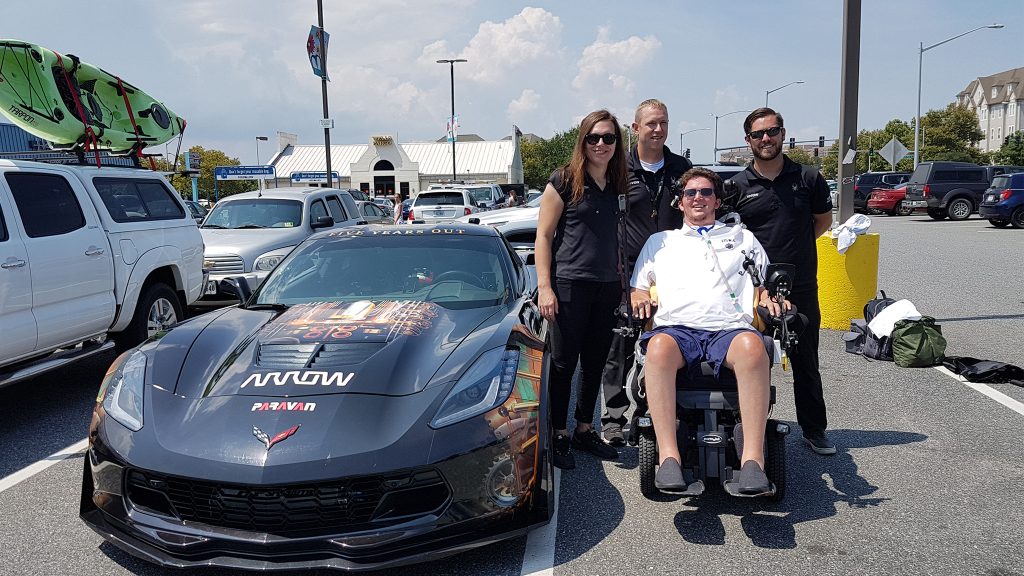 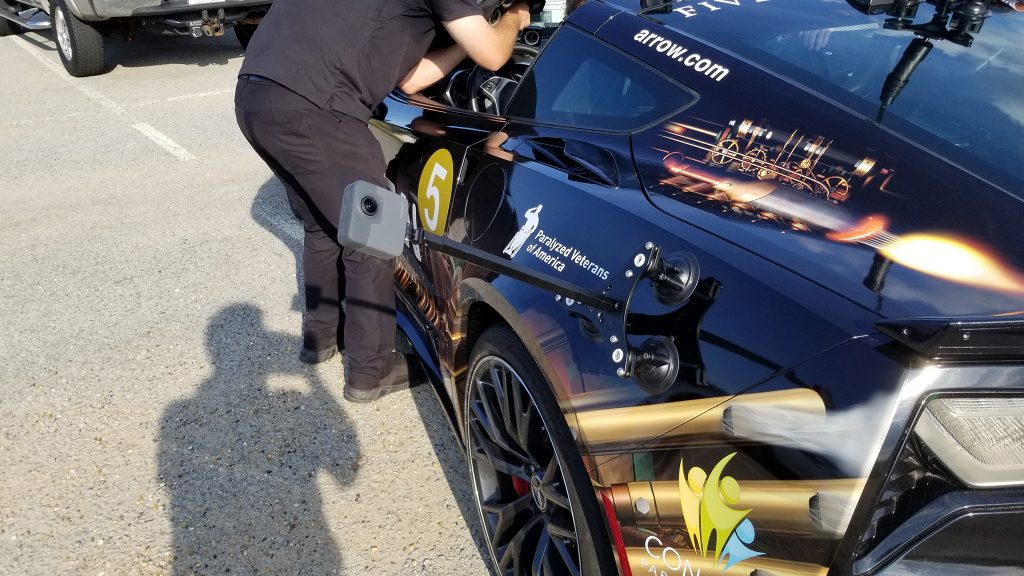 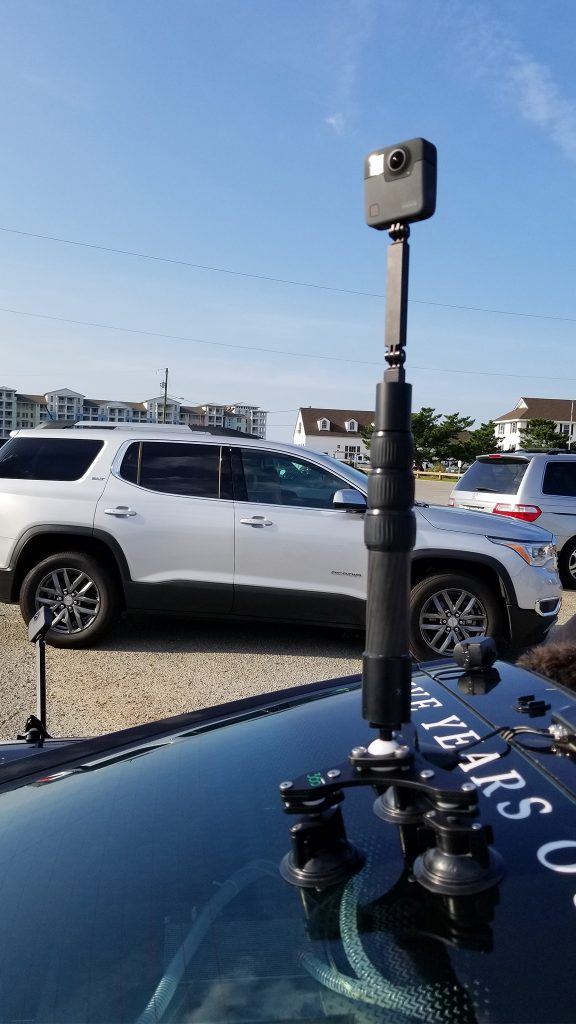 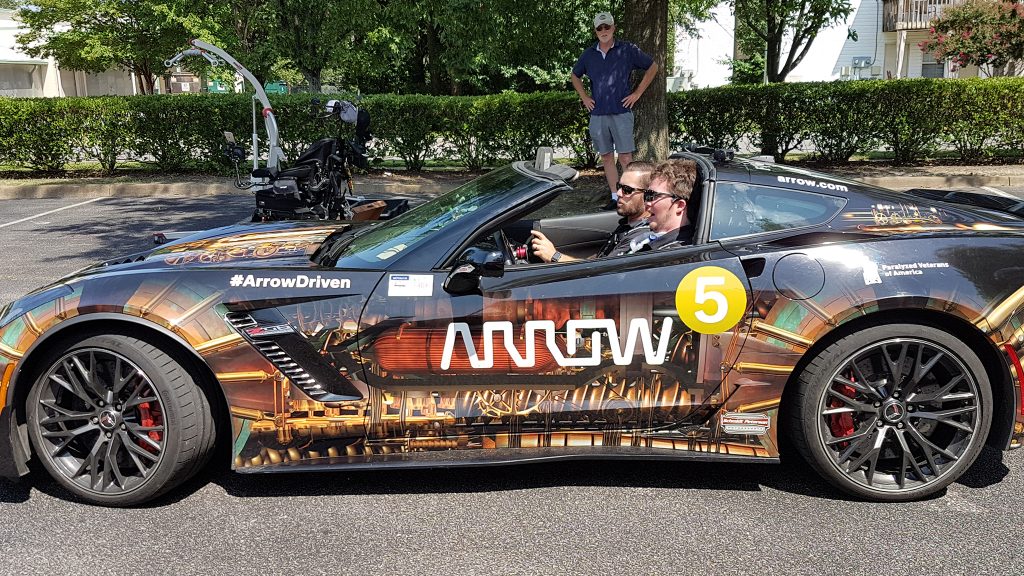 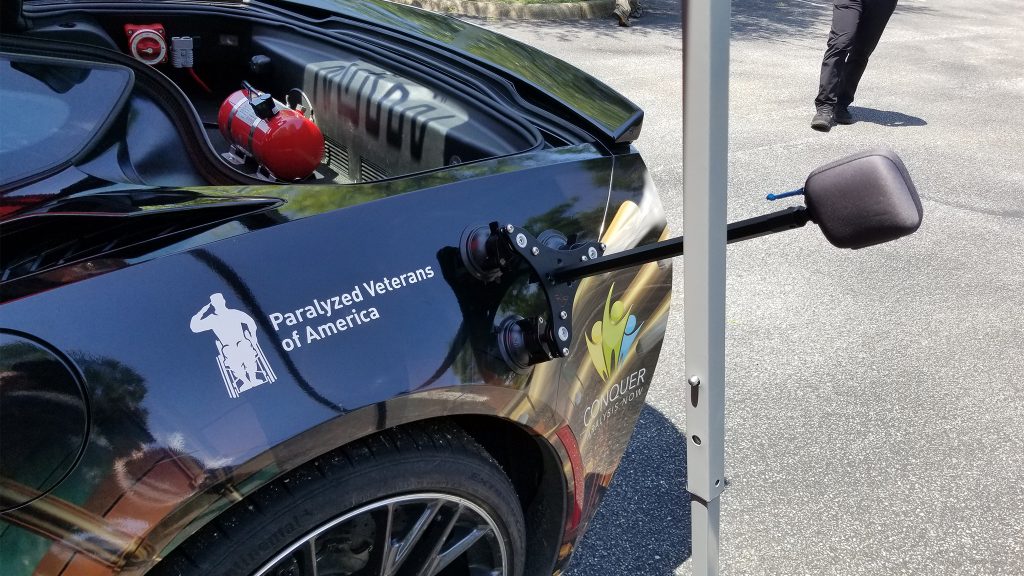 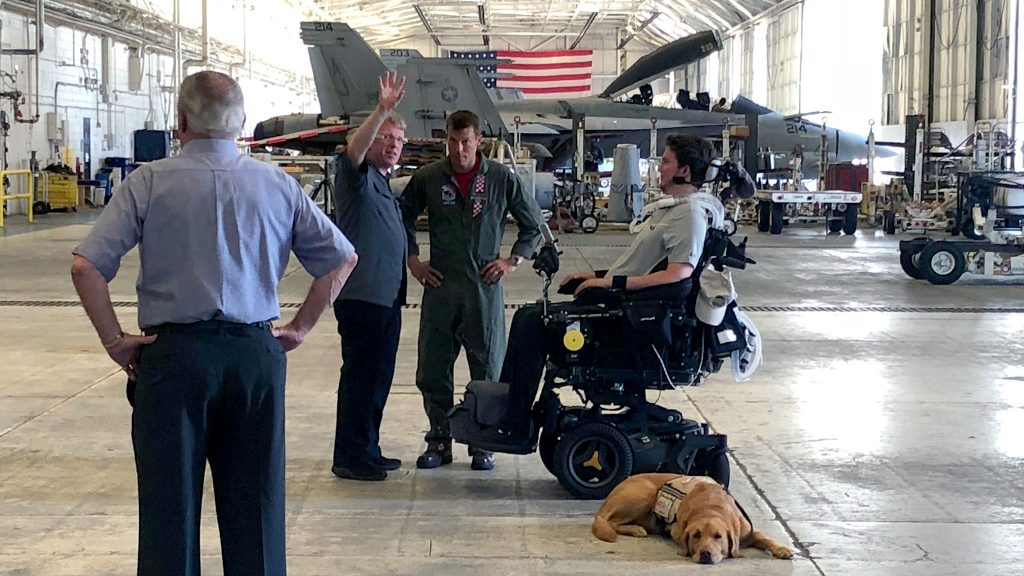 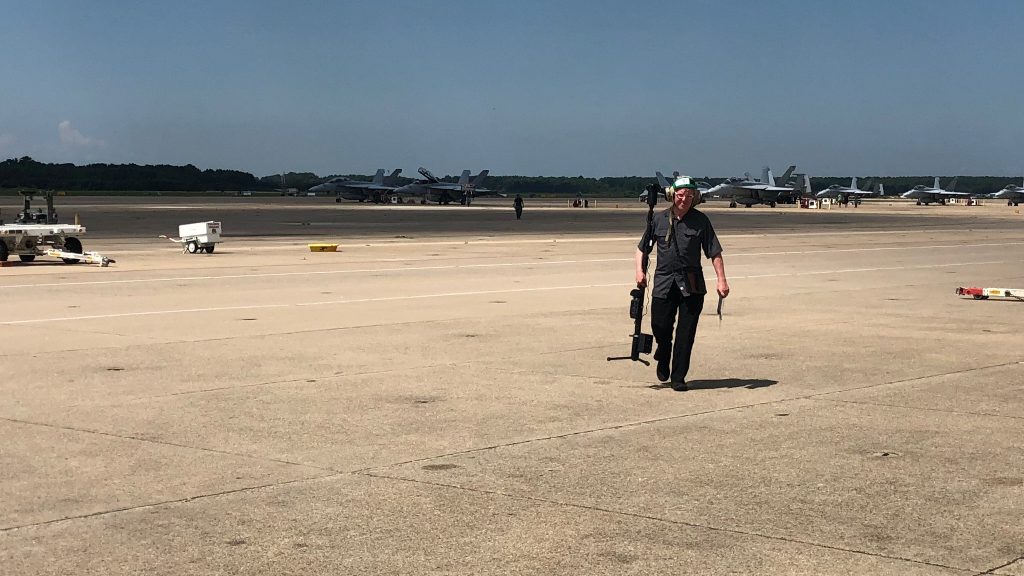 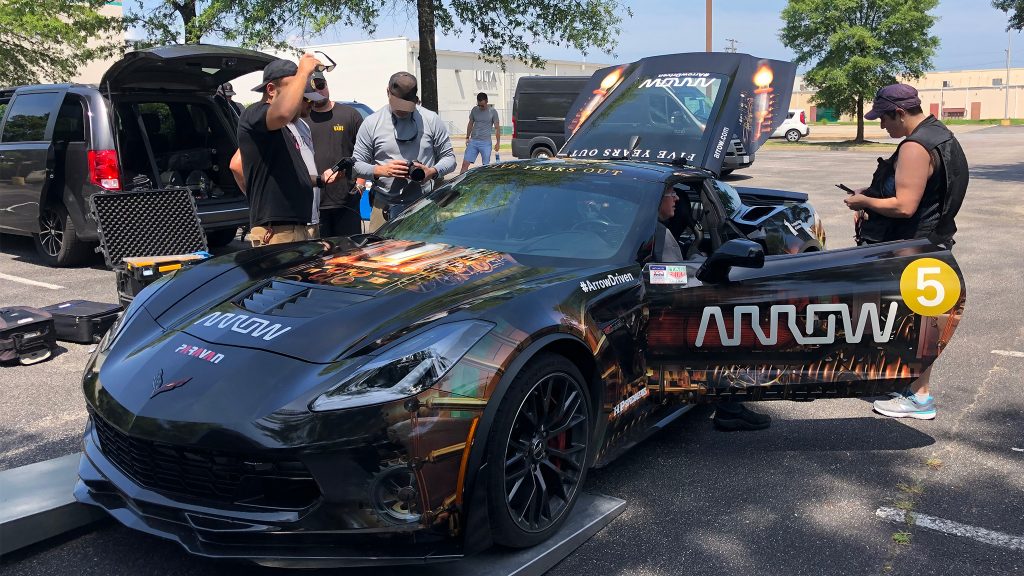 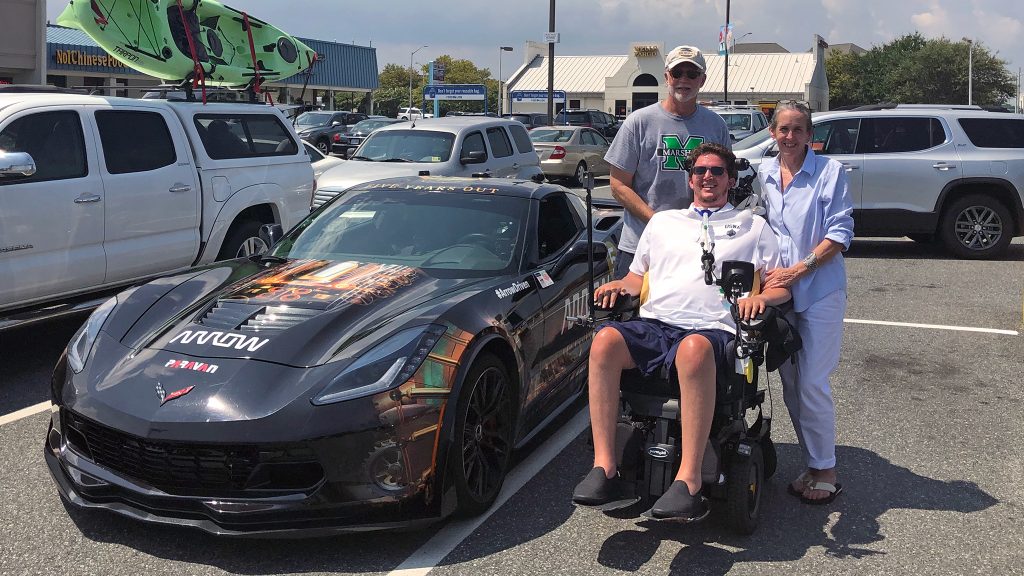