Absolut Vodka is pushing boundaries of innovation at a high level. Their interactive channel, Absolut Reality has launched several events, most recently a concert performance by the immensely popular duo Bob Moses.

Two digital agencies, Forever Beta and Two Goats; were tasked by Absolut to deliver the ultimate VR experience. They then approached us here at Koncept VR to cover the event. Absolut wanted Bob Moses’ worldwide fan base to be part of a very intimate setting – a concert on the rooftop of the popular club, Output in Williamsburg, NY – live.
360 Video Live Streaming (especially live music) poses many challenges (back in 2015). Beyond the newness and the fact that there are only a handful of companies with the skill set and experience to do, several complexities presented themselves that where unique to the location and time. There was no dedicated lighting setup for a concert there – nor enough power for it. The space was tight. The first heatwave of the summer was in full swing, making setup difficult. The concert was set to start at sunset – just as the dusk sky changes significantly every 30 seconds. Internet connectivity was also sketchy at first. A dedicated upstream was retrofitted to connect on the roof in time for the concert.

We conducted several live streaming tests in the weeks before the concert as well as configured several 360 camera systems and judiciously prepared live stitching via the use of Vahana VR software by VideoStitch. In addition to the camera dedicated for the live stream, we took several Freedom360 setups and various rigging options with us to cover the band and Absolut party revelers in the upper and lower sections of the roof.

Fans who couldn’t make it to the sold out event were able to download the customized Absolut Reality IOS and Android apps that were co-designed by Koncept VR and Wemersive. Some 5000 limited edition Bob Moses branded Google Cardboard viewers sold out within 2 hours. For those who could not receive the headsets – they had the luxury of navigating live 360 video angles with their fingers on their smartphones and could still feel almost there.

On the day of the event we ascended to the roof equipped not only with a full live streaming setup (camera, cables, rigging, computer), several Freedom360 setups to film the event but also with rented Kino Flo lights, stands and rigging equipment. Due to the lack of power on the roof, we chose continuous lighting with lots of battery power to give a nice balance of light for the band and an effective audience wash. Using the cardboard glasses, if you looked in all directions, everything looked great.

The stream provided by Streaming Tank was solid and reliable. They really delivered for us. Even the band was into the whole VR experience and at one point invited our VR cameraman Alex to jam for a minute. At the end of the day, this challenge allowed us to iron out many kinks, develop a strong and cohesive team and allowed us to refine best practices so that our next live VR streaming event goes smoothly as well. But most importantly, the client was Absolutely happy!

The first half of the project was complete. And after a good night of sleep on we went to process the footage that was shot throughout the event with several Freedom360 setups. While one setup focused on shooting the band, Bob Moses, up close the other setups were employed to capture the audience and atmosphere from various locations and angles. In a very short turn-around time the footage was stitched, edited and synced to the final soundtrack. With the delivery of the final video the project was complete and the client was Absolutely happy! 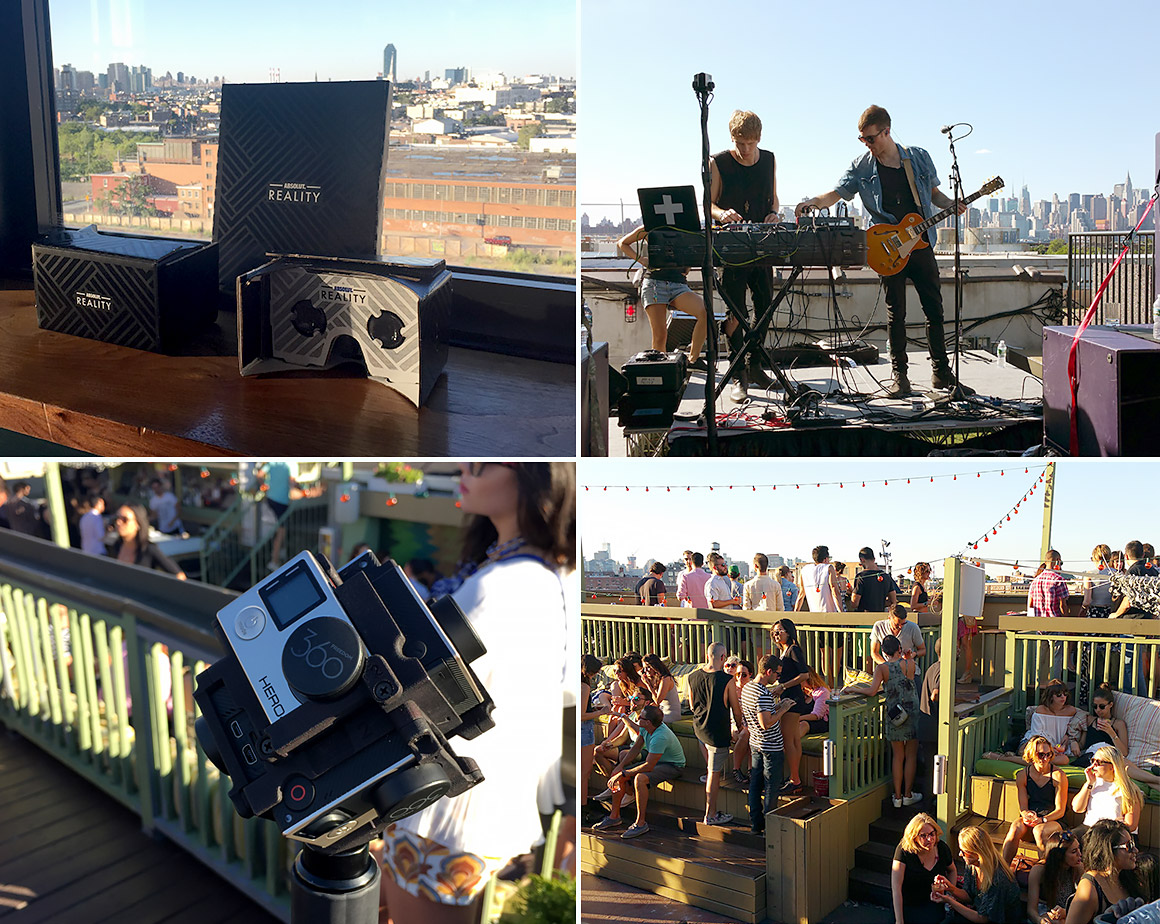 With the Koncept VR App